The world famous market is trying to clean itself up – again. After promises of Superblock creation and targeted development to re-frame Lexington Market as a safe and bustling place, the Market Make-Over survey is asking its readership to help direct another promised clean-up. Without much action visible to the general public, the desire for guidance may seem as tired as the market itself. Facing a problem often encountered by community developers in perpetually unstable neighborhoods, just how many times can a place be studied without visible investment? Lack of continuity and unchanged landscapes will have a greater effect on the residents, as they feel repeatedly ignored and distrusting of what has become a series of empty promises. Will something actually happen with Lexington Market this time, or is this just another report to put on the shelf?

From Scaffold to Seat

There are stories of which I never tire, and they often revolve around urban furniture and ways to engage the public with their surrounding environment. Softwalks designers have created a ‘pop up park’ kit, aiming to create community, spatial awareness, and comfort in the same fashion of the sidewalk cafe. Most interestingly though, these kits can’t be ordered by the general public. As the seats attach to scaffolding, safety is a concern. It seems the consumer has to be approved by the design team before the kit is sent. Still, scaffolding can now be used for something other than just a temporary rain shelter. 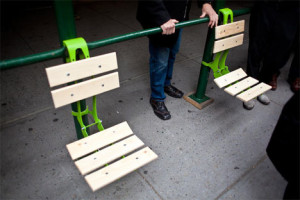 Get Out of Here

Tufts University wins my awesome award, offering to financially support students willing to take a gap year between high school and University. Launching a program called ‘4+1,’ the groundbreaking program encourages students to get out of their comfort zone and go elsewhere. How could the opportunity to see the other side of the world help future changemakers? Time will tell; way to go Tufts.

Over the past 25 years, the annual music, film, and technology gathering has helped Austin become the place to be for aspiring entrepreneurs and forthcoming radio gods. This year a tragic collision involving a drunk driver and concert goers killed three, creating negative buzz when there had previously only been good. The incident is the dark stain, sparking discussion of the festival getting out of hand, having become far removed from its roots, forgetting the spirit under which it was created. I wonder though if these are the right questions to ask. Of course the festival has changed in the past 25 years. To think otherwise would be shortsighted – the needs of two and a half decades ago were very different than those today. Perhaps the right questions to ask would be directed at the human behavior that caused such tragedy – how could that have been prevented, and is it a case of SXSW, the availability of alcohol, or simply an individual’s intoxication and reckless actions?  Let’s get to the root of the problem, rather than simply scrounging on the surface for blame. 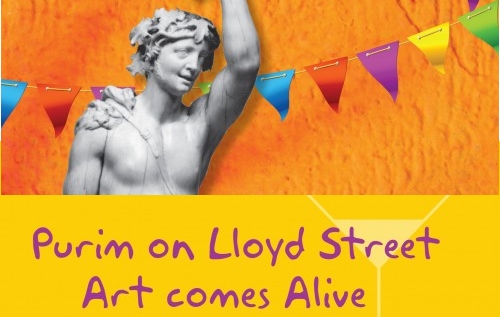 Lindsey Davis (@TheGoodPlan) fell in love with city planning through long plane rides, where diverse living and working experience sparked a heightened awareness of the relationship between space and community. Initially trained in facilitation and experiential education, she directed her passions of leadership development and place creation to better understand how design affects behavior. Lindsey holds a Masters in Public Administration and Masters of City and Regional Planning from UNC-Chapel Hill and currently works with Ayers Saint Gross.